The Jack Petchey Achievement Award Scheme is running in over 1000 schools, colleges and clubs. Established in 1999, it started in East London, but now operates in all London Boroughs.
It is a scheme to recognize and celebrate the achievements of young people, to help them take advantage of opportunities and to play a full part in society. Grants of over £35 million have been given since the establishment of the Foundation.

Over the course of the school year, St Columba’s is able to give 9 awards to individual students, and a leader award.
The winner of each student award receives a framed certificate and £250 in the form of a cheque made payable to St Columba’s. The money is then spent on a school or community project of the recipient’s choice.
Students can be nominated by their peers, staff, parents or governors (and need to fill in a nomination form which can be placed in the box in the library – blank forms available in the library or by downloading a form from this page). Students should be nominated if they have done something really positive for other people or are exceptionally hard working.

The Foundation realises that lots of the great work, projects and schemes that young people are able to access and participate in, would simply not be possible without the support of their adult leaders. In recognising this we created the Leader Award – a chance for young people themselves to recognise their leaders, the ones that inspire and support them – and say thank you.
For more information about Jack Petchey and his awards, click on the link below

Here are some examples of what the Jack Petchey award winners have used their money for:

A visit to the school from Eagle Heights 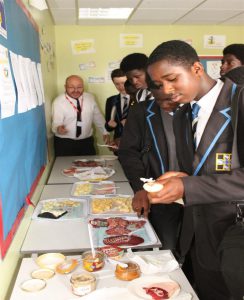 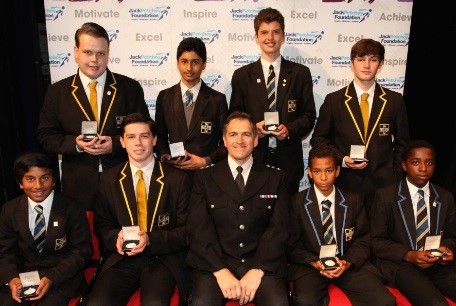